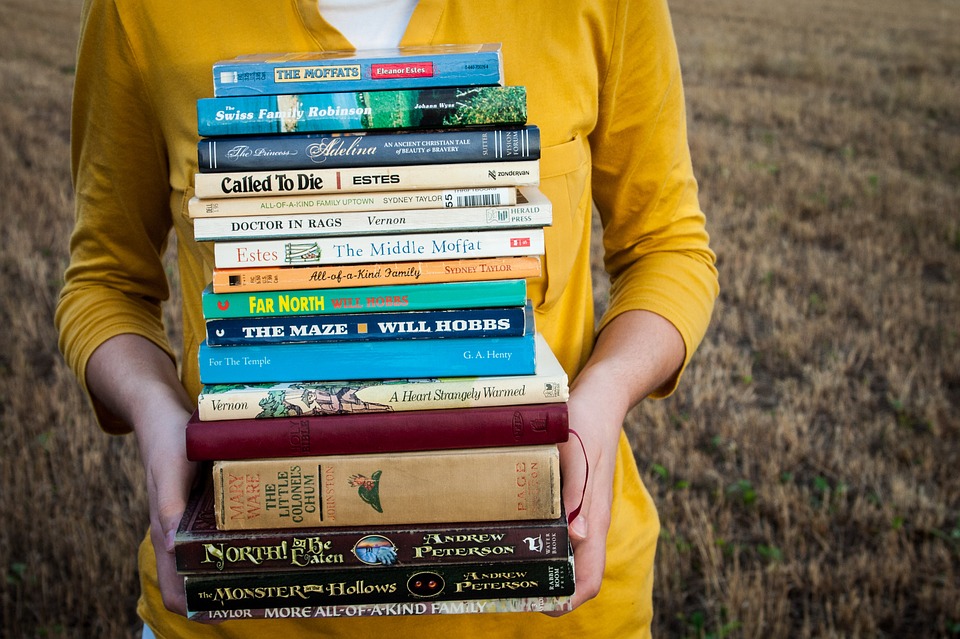 Do you love books? Does the mere mention of books make your heart skip a few beats? If yes then you shall definitely identify with this post about 5 books one must read in their lifetime. There are books and books, but some books have an impact that is sweeping and transcends the barriers of language, geography, and time. They leave a deep impact on your mind and influence you in ways that may not be clearly visible. Read on to know about 5 books that have left a deep influence on us and rank amongst our list of 5 books one must read.

5 Books One Must Read Today

Our Indian culture has ensured that the first books that we became familiar with and loved were the Indian epics and stories from mythology. However, in terms of more contemporary writings, the books that have really touched the core of our hearts are listed below in random order. 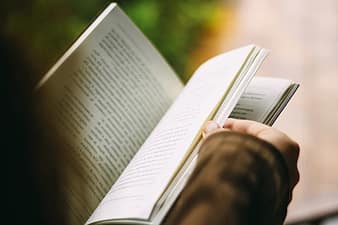 The Fountainhead by Ayn Rand

This is a powerful book with powerful characters that literally sweep you off the feet. The story is about an architect named Howard Roark who is uncompromising and unapologetic about his work which in the eyes of the world does not, ‘conform’, to the so-called standards that are prevalent. It is the story of a man who has the gumption to take on his fraternity, unmindful of the consequences. A man who believes in his own work and is proud of it. The book in many ways also finds an echo in the times we live today.

Howard Roark hates mediocrity, but that is what gets celebrated and honoured because people are afraid of real genius and merit. Even in today’s world this can be seen in our lives, be it in our own field of blogging, the corporate sector, or any other industry, one can see merit being crucified at the altar of mediocrity. Honest work and merit usually lie unrecognized and unsung while mediocrity is something everyone is comfortable with. This is because mediocrity conforms and does not ask uncomfortable questions, it adheres to a known pattern.

Packed with powerful characters the book takes you into the world of architecture, the aspirations and desires of architects, the power play, and the machinations that are an integral part of any industry can be seen in full play.

In a nutshell, the book weaves a good story with the backdrop of the philosophy that has come to be known as ‘Objectivism’, and leaves a lasting impact on the reader. The Fountainhead is definitely one of the 5 best books one must read.

When you think about the body of work of Charles Dickens, it is always difficult to choose one book over another as your favourite. If, “A Tale of Two Cities”, smites your heart, “Great Expectations”, fascinates you and, “Oliver Twist”, evokes mixed emotions of love and sympathy. But though, all his books are classics that stand the test of time, for us, his magnum opus, “David Copperfield”, will always rank among the to 5 books one must read.

The book delves deep into the saga of David Copperfield, his life right from his birth to manhood. The various characters that flit through the book and the life of David Copperfield are etched to the finest detail and leave their impact. David Copperfield braves everything from downright cruelty as a child, struggle to establish his life in the absence of his parents, betrayal by a friend, to finally find his true love and happiness.

A.J.Cronin is another author whose books touch you at different levels and move you. They force you to think but more importantly they touch the core of your heart. One common thread that runs through the novels of Cronin is passion. Be it the passion for painting that Stephen pursues to his death in, “Crusader’s Tomb”, or the passion for his calling that makes the unconventional Catholic priest Father Francis Chisholm overcome the toughest of obstacles to achieve his mission in the “Keys To The Kingdom”.A.J. Cronin is a master storyteller whose stories are garnished with generous doses of human aspirations and emotions that one can easily identify with. If you can, you must read all his books, but if you were to read only one of them, we recommend, “The Citadel”, that is arguably one of his best books.

We recommend, “The Citadel”, as one of the 5 books you must read, and it is sure to touch a chord deep within you. It is the story of an honest and idealist doctor named Andrew Manson who goes to a coal-mining village where he finds the workers struggling with lung disease. He vows to help them in his own way and embarks on his mission with passion and unflinching dedication. The book is about a doctor’s struggles with the establishment including his own medical fraternity and its systemic flaws. A.J. Cronin who was a medical doctor himself relates the plot to his own experiences.

In his own words, “I have written in The Citadel all I feel about the medical profession, its injustices, its hide-bound unscientific stubbornness, its humbug … The horrors and iniquities detailed in the story I have personally witnessed. This is not an attack against individuals, but against a system.”

Leon Uris weaves a web of intrigue and emotions that draws you inexorably into its fold and you lose yourself in the pages of the book. All his books are massive in scale and sweeping in their reach. His first book that we read was, “Battle Cry”, a novel based on events of World WarII and about the US Marines, a book that is as gripping as it can get. His other books include, “The Trinity”, “The Haj”, etc., but the novel that we recommend as one of the 5 books you must read is, “Exodus”.

“Exodus”, is a book of historical fiction. It deals with birthing pains of a new nation Israel and the trials and tribulations across the history of the Jews. The book became the best selling novel in its time, surpassing the sales of the classic, “Gone With The Wind”, before it. The book also stoked controversy as it was alleged that the book had been written as propaganda material for Israel. Whatever the political connotations, the book weaves a fascinating story that takes you deep into the circumstances that led to the birth of Israel and the struggles of the Jews. You also get a peep into the workings of the Mossad, Israel’s Intelligence agency. Exodus is a book that opens the window to a different world, a different time, and the aspirations of two generations.

The Story of My Experiments With Truth by Mahatma Gandhi

Mahatma Gandhi is known as the Father of India, the spearhead of India’s freedom movement. He was also a prolific writer who penned down his experiences, wrote commentaries about the scriptures, and much more. However, his own autobiography which was originally published as a series of articles remains his most powerful message to mankind. “The Story of My Experiments With Truth”, was categorized as one among the top 100 best spiritual books of the 20th century, by a global committee of acclaimed religious and spiritual authorities.

The book traces in the Mahatma’s own words his life from early childhood till 1921. The reader gets a fascinating insight into the simple life of the child and later the man who grew up to become a Mahatma. The book overflows with the honesty and frankness that was so characteristic of the man. The strength of the book lies in the fact that it ruthlessly unveils the man behind the Mahatma, a man with frailties and indecisions, the story of a man who fights these diversions and rises above the ordinary to scale the heights of the extraordinary.

In these times, it has become a fashion to bash Mahatma Gandhi, by people who lack the depth of understanding and intellect to grasp his thoughts. They need to first read this book to understand the man and the Mahatma. Mahatma Gandhi’s autobiography must be on the very top of the 5 books you must read, and especially so for Indians.

We hope you liked our choice of books, do let us know your thoughts through the comments section. 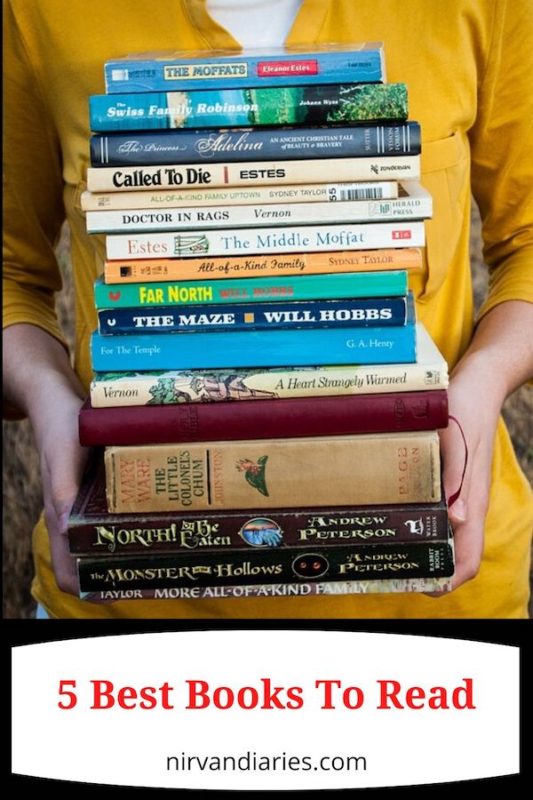 4 thoughts on “5 Best Books One Must Read Today”