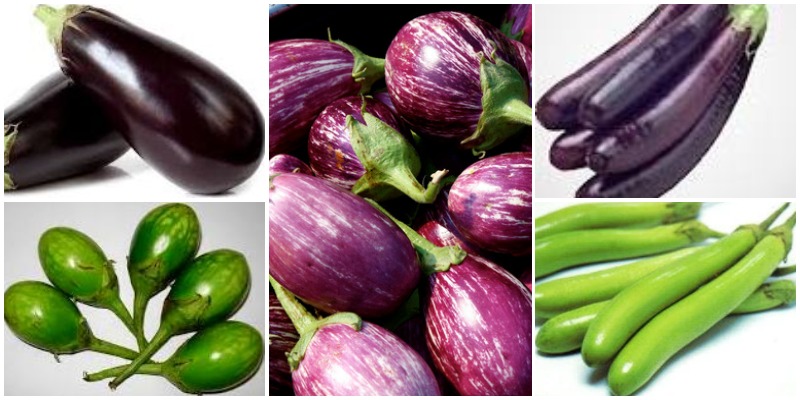 The kitchen for us kids used to be a place of wonder. A place where the magic happened and tasty food materialized in the hands of a smiling Mom. The different exotic aromas wafting from the kitchen drew us to it like a magnet. We watched with wonder as skilful hands seemed to write poetry on a saucepan with batter, the resultant poem being a crisp and perfect Dosa (Rice Pancake) like a Shakespearean sonnet. The kitchen was where we learned about the wonders of the vegetable that most people love to hate, Brinjal! and that is where we also learned all about Brinjal dishes. These childhood experiences fueled an insatiable interest in food and cooking and led to our own experiments with food. Read about Brinjal dishes from India and the world as well as the history, health benefits and legends associated with the Brinjal also known as Eggplant or Aubergine.

Brinjal Dishes – History and Benefits of Brinjal aka Eggplant/Aubergine

The Brinjal or Eggplant is a much-maligned and a much-hated vegetable. If you don’t believe that, try feeding it to a kid! Childhood memories of being coaxed to eat Brinjal curry by means of a story about the crown that the Brinjal got and how it became the king of vegetables still linger.

But the same boring eggplant acquires a downright royal flavour when cooked in the right way and with the right spices.

The origin of Brinjal is traced to prehistoric times in India. The Brinjal was introduced to the Western world only much later. The amazing heritage of India has left an ancient legacy that extends to knowledge banks that span diverse subjects, from the great Indian epics to treatises on Sex like the Kamsutra and treatises on cooking like the Pak Shastra.

Mention of the Brinjal and Brinjal recipes are found in the ancient text of cookery in India., Pak Shastra.

It is generally believed that the Brinjal was first cultivated in India and slowly found its way to other regions of the world. Brinjal was introduced to the African region by Persia from India while the Arabs took it to Spain. From Spain, the humble vegetable with a crown found its way to the rest of Europe, and then slowly the Brinjal started bringing joy to the entire world.

“What’s in a name? That which we call a Brinjal by any other name would taste as good”. We apologize to Shakespeare who must be writhing in his grave for appropriating and mutilating this famous quote from “Romeo And Juliet”.

Brinjal Dishes – Some Favourite Dishes of Brinjal from Across India

Here is our Baingan Bharta Recipe:

Ingredients that we use are the common ones that can be found in any Indian kitchen.

Gutti Vankaya Kura or curry is a popular variation of the stuffed Brinjal which is part of Andhra cuisine. Small Brinjals with their stalks intact are stuffed with spices and then cooked in a spicy curry.

Brinjal gives a unique flavour and aroma to Sambhar. It is great as a stand-alone vegetable in Sambhar and also when it is combined with Hyacinth Beans famously known as Avarekai in Karnataka.

This is a rice dish cooked with Brinjal. The “Vangi”, in the name, refers to Brinjal and Bath refers to rice. So in South Indian cuisine, you will find many variations of this based on vegetables used and method of cooking. So you have Tomato Bath, Bisi Bele Bath, etc. One of the traditional and popular dishes is Vangi Bath. The method of preparing consists of cooking brinjal with a little oil and then adding specially prepared spices or masala and then mixing with pre-cooked rice.

Brinjal lends itself very well to the different varieties of curries that adorn the cuisines of India. Be it North, South, East, or West, Brinjal features in many curry recipes.

You can make a simple South Indian Curry that is a traditional recipe in Karnataka. This involves cutting the brinjal into long and slender pieces and sauteing it with a little oil after seasoning with Mustard seeds and asafoetida and turmeric. This curry does not have too many spices. Just a little salt and a little bit of red chilly powder. Once the Brinjal is done, which does not take much time. It can be served after garnishing with a generous amount of coconut gratings. This curry goes well with rice and rotis, as well as a side dish for your lunch or dinner.

One can also cook a north Indian style curry with Brinjal. It can be cooked along with onions, potatoes, and tomatoes, with heavy spices.

Begun Bhaja is a popular Brinjal dish in Bengali cuisine. Round slices of Brinjal are marinated with spices and then coated with rice flour and finally deep-fried. This dish has an amazing texture and goes well with rice, rotis, or a stand-alone snack too.

Variations of Barwa Baingan are cooked in kitchens and restaurants across India. Essentially Bharwa Baingan is stuffed Brinjals, where the Brinjals are stuffed with spices and onions, etc., and then cooked by deep-frying or baking. The use of peanuts, tamarind, and coconut may be used in the stuffing based on regional preferences and recipes.

Bagara Baingan is a Brinjal dish that is popular in Hyderabad. In the Bagara Baingan recipe, small brinjals are slit and then the whole brinjals are deep-fried and kept aside. A separate curry is made of onions combined with tamarind, and assorted spices with seasoning sesame-seeds. Once the curry is cooked, the fried brinjals too are added into the curry and cooked together over simmering heat.

Baba Ghanoush is a famous Brinjal dish from the Levantine cuisine belonging to the Eastern Mediterranean region. This dish is primarily a salad or an appetizer. It is interesting to note that the cooking of the Brinjal in this dish is similar to the Indian Baingan Ka Bharta. The Brinjal is either baked or burnt over an open fire and then the skin is peeled off. This gives it an endearing smoky flavour.

Italian cuisine is popular all over the world. Everyone loves their pizzas and pasta. However only connoisseurs of international cuisines would be aware of the famous Italian dish called Parmigiana di Melanzane. The Melanzane in the dish is of course Brinjal! The origin of this dish is attributed to the region of Sicily. The dish is made by frying sliced Brinjal in a pan, after which it is infused with layers of tomato sauce as well as cheese, and this preparation is then baked.

Brinjal is not only an object of epicurean desire, to be coveted and relished, a star in the cookery books of the world. It is also a vegetable, well actually a fruit with tremendous health benefits too. Here are some benefits of Brinjal.

We hope you liked our Brinjal dishes post and can sense the flavours and aromas of Brinjal dishes from around the world. Are you ready to binge on Brinjal? Enjoy yourself and do let us know your thoughts through the comments section. 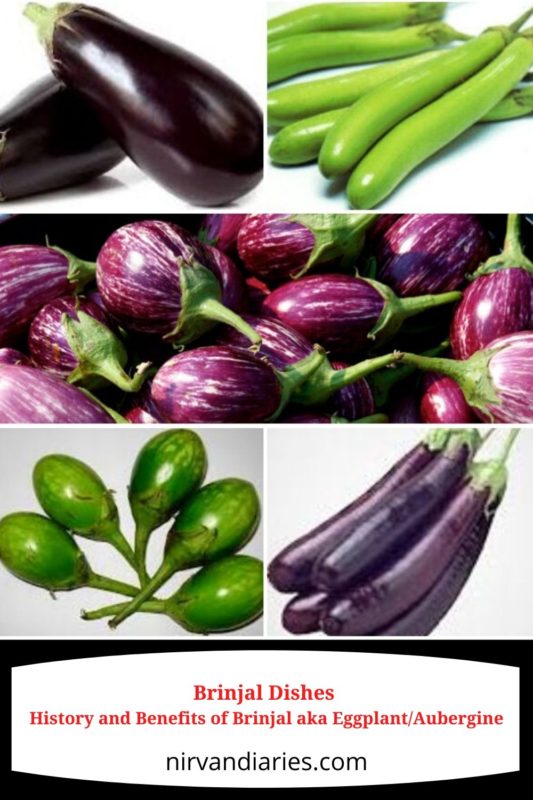