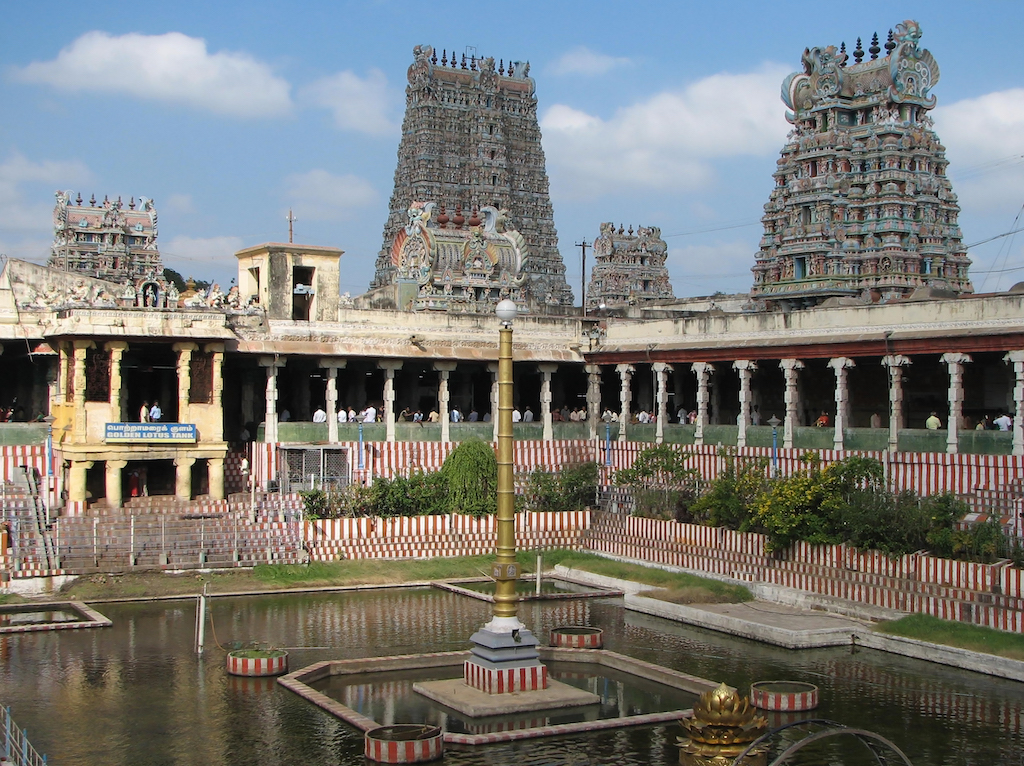 The famous temple of Meenakshi is located in Madurai, one of the ancient cities of India in the Indian state of Tamil Nadu. The temple is a centre of pilgrimage for Hindus. It is also known for its beautiful architecture, sculpture, and painting work. 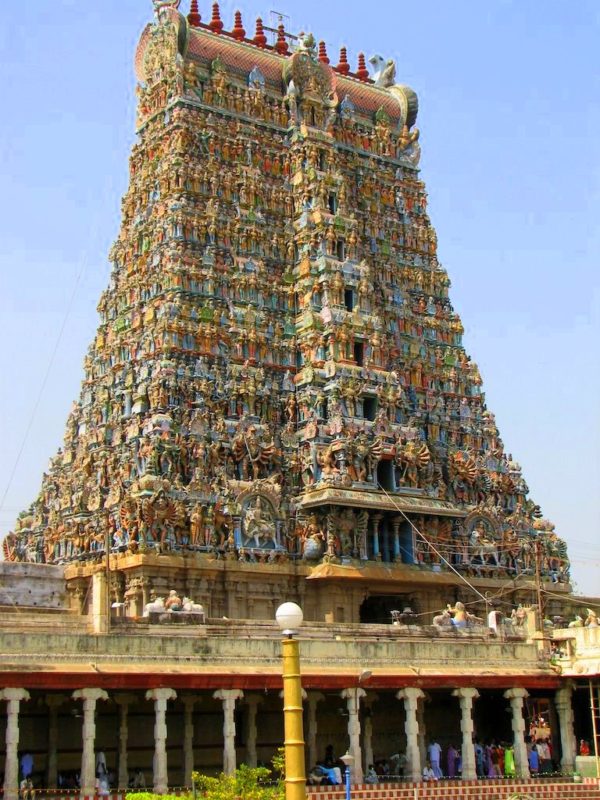 The famous temple has as its principal deity, Meenakshi, a form of Parvati. Also present in the temple complex is Shiva in the form of Sundareswara Legend has it that the temple is located at the place where the marriage of Meenakshi and Sundareshwara took place, blessed by the Gods and Goddesses of the Hindu pantheon. The temple consists of 14 Gopuras and is made of concentric squares with high walls. There are beautiful corridors, pillared halls, and sculptures adorning the temple complex. The roofs have beautiful paintings on their surfaces.

The main temples inside the complex are those of Meenakshi and Sundareshwara. There are temples to other Gods including Ganesha, Murugan, etc..

The temple is believed to have been built during the early 12th century by King Kulasekara Pandya. The temple faced devastation and was plundered during the Muslim invasion of the region by the forces of Alauddin Khalji, led by a eunuch and Muslim converted commander Malik Kafur. After this, the temple lay in ruins and its idols were safely hidden in a secret place by faithful Hindu devotees. For some time Madurai came under the Delhi Sultanate and was known as the Madurai Sultanate. However, this did not last long, as the forces of the Vijaynagar Empire freed the temple town from the clutches of the Muslim invaders. The temple was opened once again and re-constructed. However, the major extension and reconstruction of the temple occurred between the 16th and 17th centuries, done by the Nayaka dynasty of rulers including Vishwanatha Nayak.

There are many Sevas that visitors to the temple can perform, just like any other temple in India. The cost and time depends on the particular Seva. The Sevas that can be performed are:

How to reach Madurai

We hope you liked our post about the Madurai Meenakshi Temple. Do stay tuned to our blog for more posts on interesting places as well as other interesting topics. 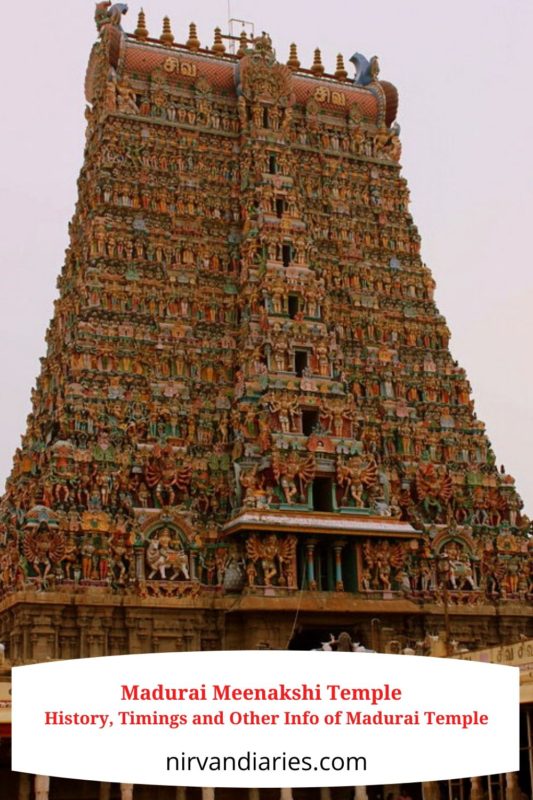