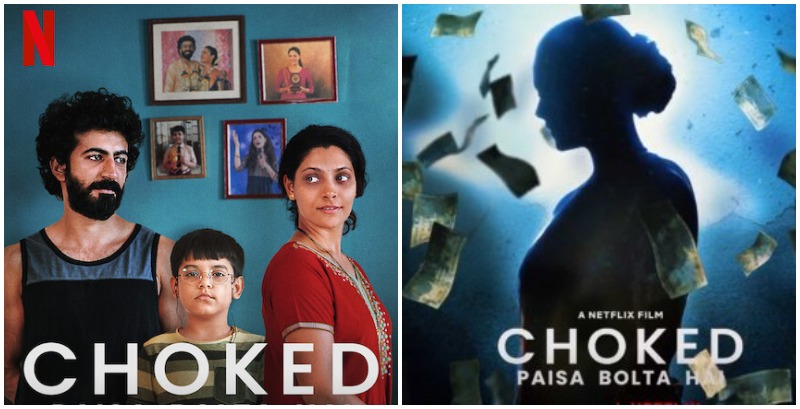 The Netflix original film Choked-Paisa Bolta Hai aired recently. It is a film by Anurag Kashyap, which in his own words is unlike any of his films. 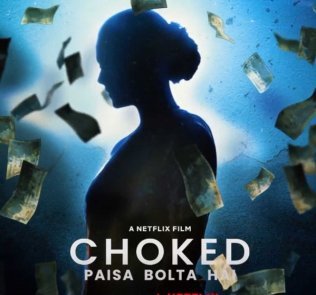 The story is set in a middle-class Marathi neighbourhood. The protagonist is a woman named Sarita Pillai who is a cashier in a bank. She lives with her son and husband in a lower-middle-class apartment, complete with peeling paint and faulty drainage, and nosy neighbours. The family struggles to make both ends meet, with her salary as her husband Sushant Pillai played by Roshan Mathew, cannot hold on to a job. Life seems to be playing out with monotony when suddenly things change.

Sarita discovers a gushing source of money literally in her own kitchen! Things pick up after that and she embarks on a home makeover. In the background, de-monetization is announced, and Sarita views the events that unfolded including the long queues outside banks from the vantage point of a bank employee.

A meeting with a shady looking character, snooty neighbours, and the broken dream of making it as a ‘Singing star”, all combine to haunt Sarita and infuse her with a deep-rooted frustration with what life has to offer.

What is the source of Sarita’s newfound wealth? What happens in the end? These are questions that will be answered when you view the movie. 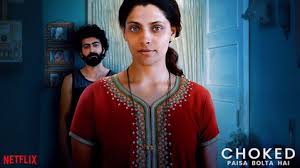 The Maharashtrian neighbourhood milieu seems realistic and comes alive with good performances by the actors. The premise of the plot is good, however, the story moves at a slow pace. It would have been better if the focus would have been more on the plot than the effects of monetization. However, the movie is worth a watch for the realistic treatment of a fantasy story and the actors who make it all look credible and believable.

The film is directed by Anurag Kashyap and written by Nihit Bhave. The complete cast of Choked: Paisa Bolta Hai is as below:

Just as she’s nearing rock bottom, she hits pay dirt. This could be her last gasp at salvation – or the start of more problems. Watch trailers & learn more.

We hope you liked our review of Choked: Paisa Bolta Hai. Do let us know your thoughts through our comments section. Subscribe to our blog for more interesting and informative reviews and articles. 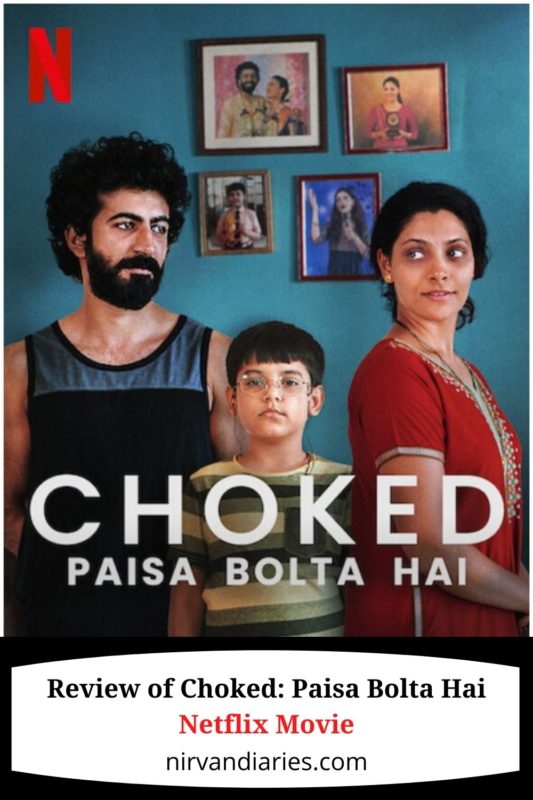