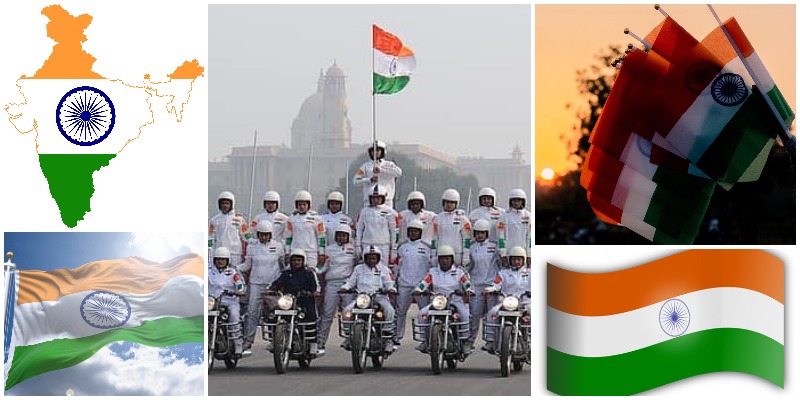 Independence Day is the most important day in India. It is a National Holiday when the country celebrates the anniversary of its independence from the British on the 15th of August, 1947. With the approach of Independence Day every year, students rush to prepare an essay or speech or a few lines on Independence Day. Here we provide the resource to draft your own Independence Day speech in English.

Today we are all gathered here to celebrate a special day. This day is the most important day for our country. Today is the anniversary of Independence from the British.

On the 15th of August, 1947, India became an independent country and the British left India after having ruled it for about 200 years. Pandit Jawaharlal Nehru became the first Prime Minister of independent India and unfurled the flag of India. He gave his famous speech after India’s independence. Here are a few lines from the historic speech of Pandit Jawaharlal Nehru. “Long years ago, we made a tryst with destiny; and now the time comes when we shall redeem our pledge, not wholly or in full measure, but very substantially. At the stroke of the midnight hour, when the world sleeps, India will awake to life and freedom.”

Dear friends, our country has paid a heavy price for freedom. Countless men and women have sacrificed their lives so that India could get its freedom. On this occasion, it is but befitting to remember the great leaders of India who guided the country towards freedom. Let us all join together to offer tribute to the Father of the Nation Mahatma Gandhi, India’s first Prime Minister Jawaharlal Nehru, the Iron Man Sardar Patel, the father of the Constitution Dr. B.R.Ambedkar, Bhagat Singh, Rani Lakshmibai, and all the other great men and women, because of whom we breathe the air of freedom today.

The tricolour that is fluttering in the breeze high above is is a symbol of our independence. It is our duty to ensure that no harm comes to India, and we help in preserving its independence. As citizens of this beautiful country let us all pledge today to work selflessly for our country in whatever manner possible.

Respected Principal and teachers and my dear friends,

Today is a red-letter day for all of us in India. On this day in 1947, India awoke to freedom.

At the stroke of the midnight hour, India awoke to a new era, it was the beginning of a new chapter in the history of our great nation. The chapter of Independent India.

But Independence was the result of a long and arduous freedom struggle. Countless Indians nurtured the dream of Independence with their sweat and blood. The first war of Indian Independence in 1875 saw the valour of the likes of Jhansi Ki Raani, Mangal Pandey, Tatya Tope, and many others. That initial thrust for independence snowballed into an organized movement that culminated in the British bidding farewell to Indian shores and India attaining its independence.

Various events that finally led to India’s Independence are etched deep in all our hearts. The Dandi March and the Quit India movement were important milestones in India’s march towards freedom. The Jallianwalah Bagh massacre was a dark page in the history of our freedom struggle as were the executions and hangings of thousands of freedom fighters. But the march towards freedom was unrelenting till the sun shone on the tricolour fluttering in the breeze on the 15th of August, 1947.

Dear friends, join me today in shedding a tear and saying a requiem for those great leaders who led the country to freedom and for all those unknown men, women, and children for whom the only dream was that of an Independent India. A dream that we see and experience as reality today.

Let us join hands in gratitude to Mahatma Gandhi, the Father of the Nation, Subhash Chandra Bose, Pandit Jawaharlal Nehru, Sardar Patel, Dr B.R. Ambedkar, Bhagat Singh, Sukhdev, Rajguru, and everyone else who dreamt of, and strived for an Independent India.

We, having been born in independent India, scarce realize what it must have been to live under the shadow of the British, without the freedom of speech, the freedom of thought, belief, opinion, and expression.

So dear friends, it is our bounden duty to safeguard our hard-earned freedom for generations to come and ensure that India leads the world in every sphere.

So let us all join together to take a pledge to be model citizens of India putting our country above everything else.

How Is Independence Day Celebrated Across Schools And Colleges In India?

We hope you find this content useful not only to write a few lines on Independence Day but also for preparing your Independence Day speech in English. Do let us know how you found this post. Please subscribe to this blog for more useful content. 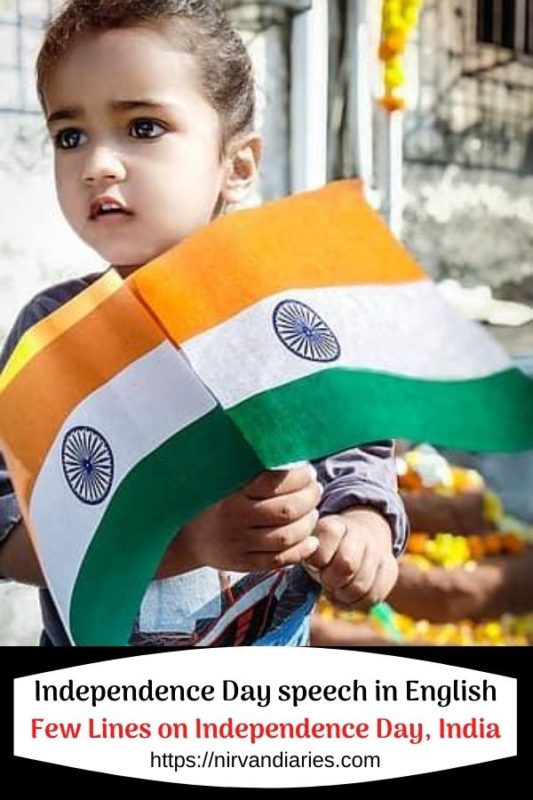