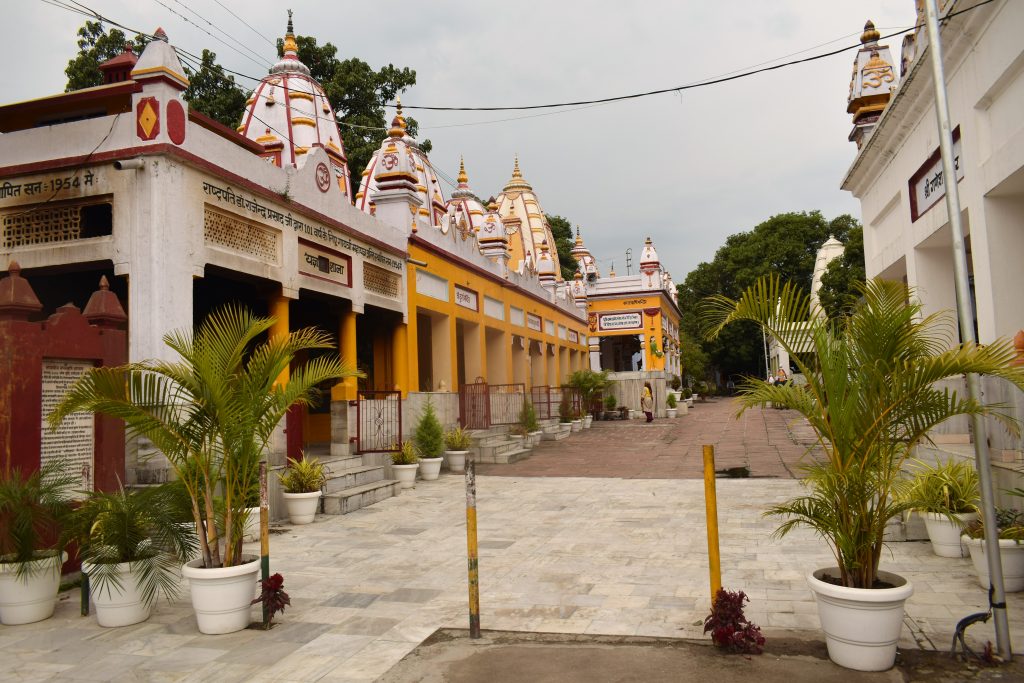 Uttarakhand in northern India is rightly dubbed as the land of Gods. This state is strewn with temples, big and small, known and unknown. The ancient sages of India have meditated here and left their imprints on the sands of time here. Though we have visited Uttarakhand many times, every time we discover some new gem that amazes us. During our latest visit to Uttarakhand, we stumbled upon a beautiful place that bowled us over with its tranquillity. This was the Saptrishi Ashram Haridwar. The Saptrishi Ashram Haridwar is located about 7 kilometers away from the famous Har Ki Pauri off the Haridwar-Rishikesh road.

The Peaceful Environs Of The Saptrishi Ashram Haridwar 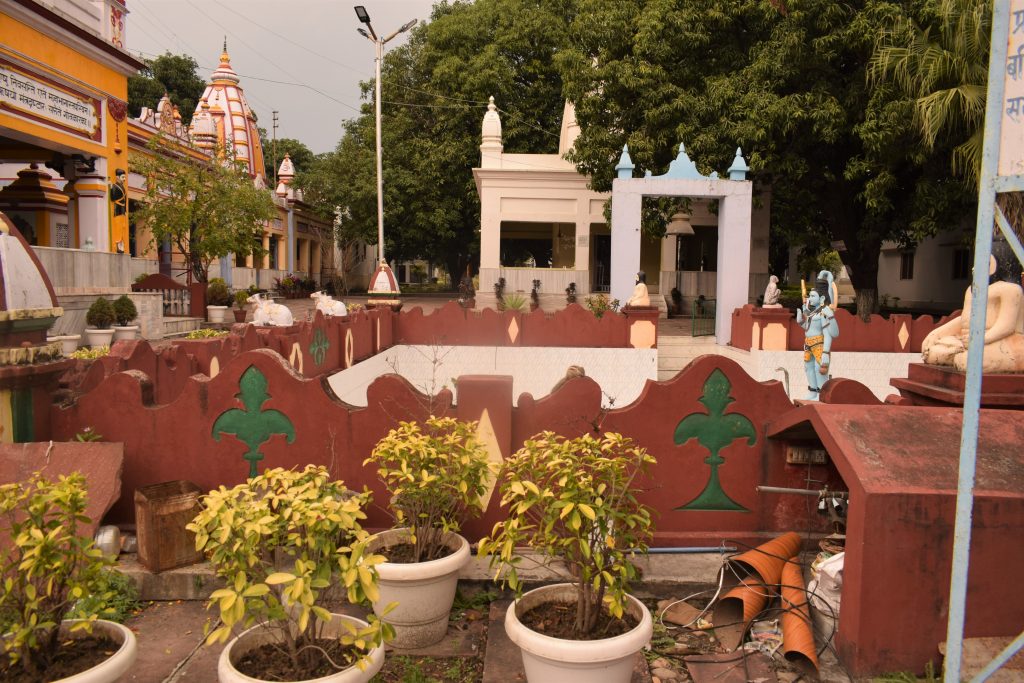 As soon as we stepped into the premises of the Ashram we left the noise of the highway far behind and seemed to enter a cocoon of peace. Birds chirped in the trees. Tall trees overlooked neatly laid out gardens. Children ran around playing gleefully. A strange inner calm enveloped us instantly. History And Legend Of The Saptrishi Ashram Haridwar 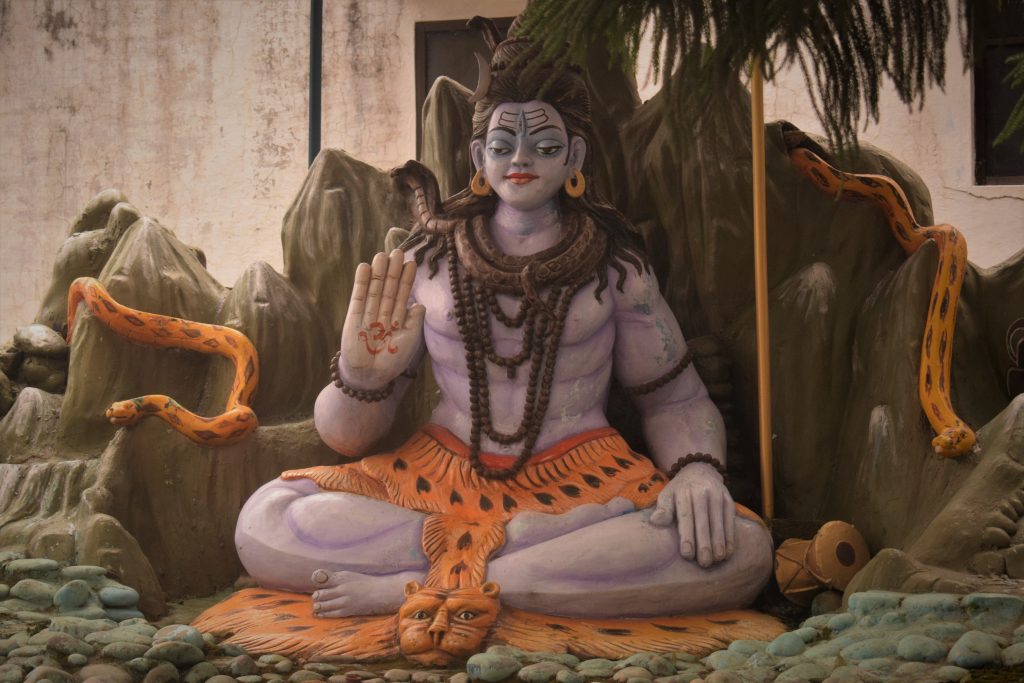 The Saptrishi Ashram near Haridwar was established in 1943 by Goswami Guru Dutt. It is situated on the banks of the sacred river Ganga. 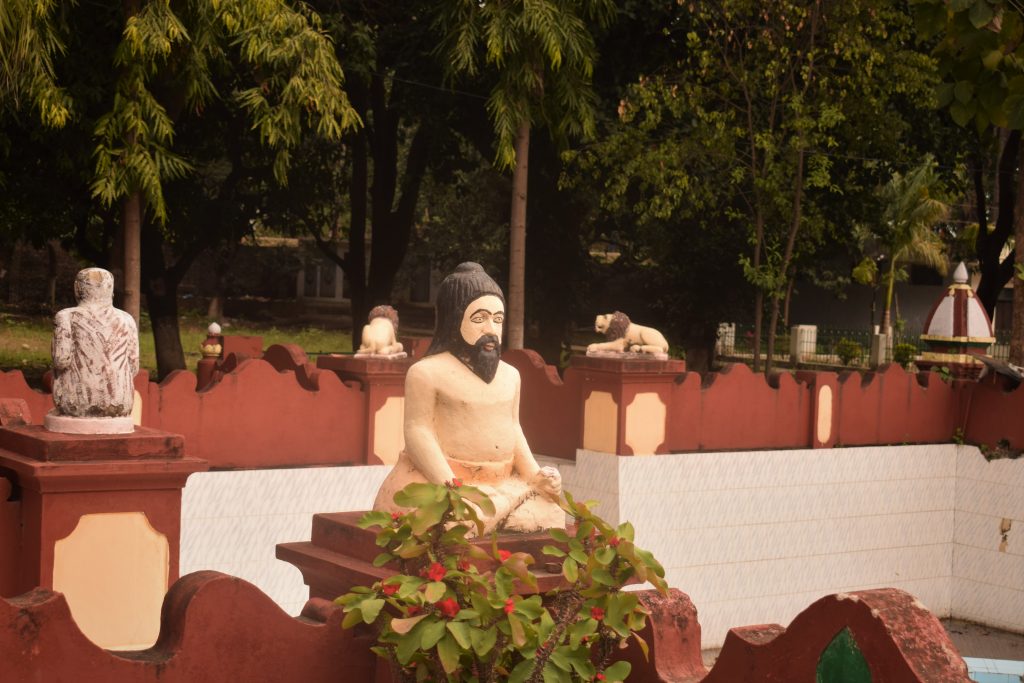 The Ganga in deference to the great sages split itself into seven streams so as not to disturb the meditation of the sages. The seven streams are known as Saptsarovar and the Ashram that was built in the vicinity named as Saptrishi Ashram. As you walk through the Ashram premises the strange meditative calm that prevails seems to echo the penance and meditation of the great sages known as Saptrishi. The place seems to have been sanctified by their divine presence of aeons ago.

The Activities Of The Saptrishi Ashram Haridwar 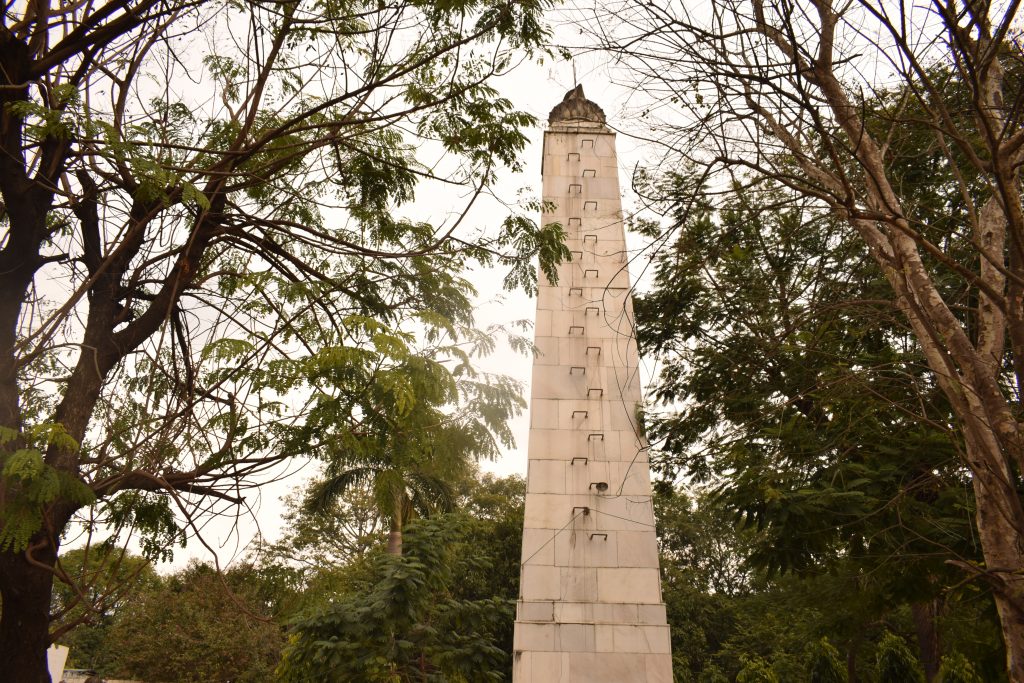 The Saptrishi Ashram Haridwar houses a cluster of temples and a Yagyashala. 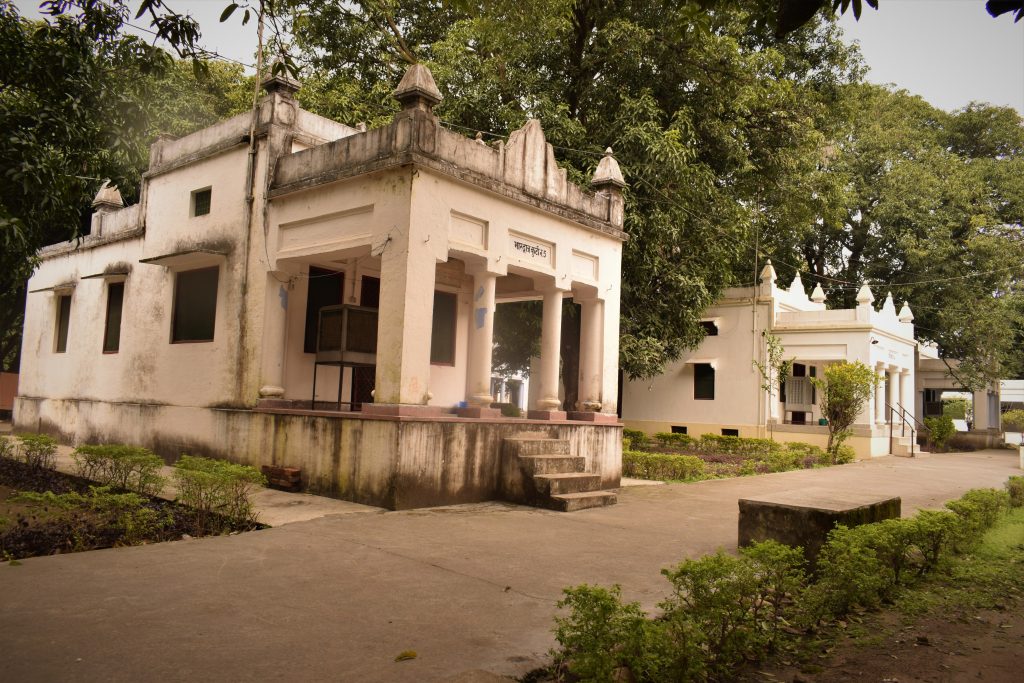 It also has cottages for accommodation as well as a hostel for children who study in the Sanskrit school located in the Ashram premises.

The Ashram kitchen prepares and serves food daily to more than 300 saints and sadhus as well as provides food and accommodation free of charge to about 100 children. 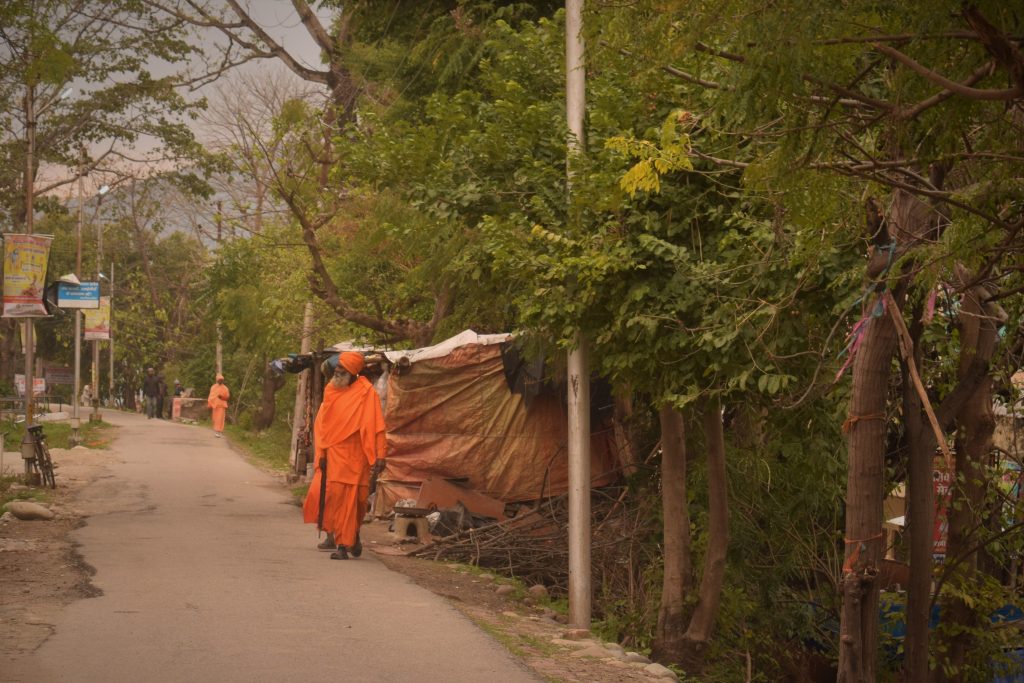 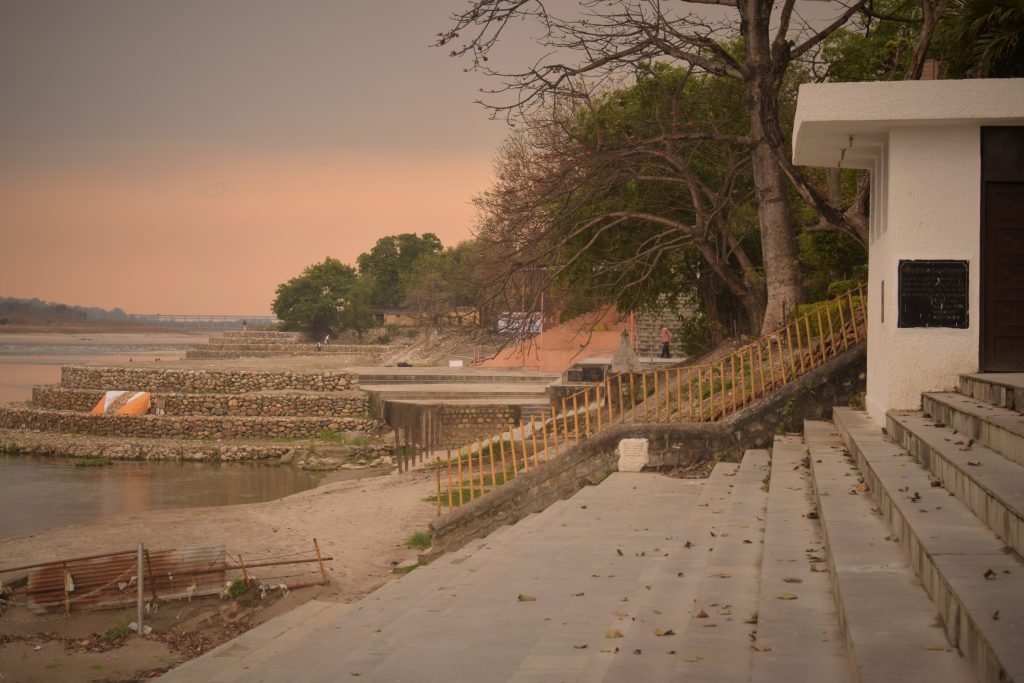 Another interesting thing to look out for here are the statues of the Pandavas and Draupadi in a scene from the Mahabharata. It is believed that after the Pandavas renounced the world and left for the Himalayas, they passed through this spot. The statues depict a scene from the Mahabharata, one of the greatest of Indian mythological epics. The Pandavas, Yudhishtra, Bheema, Arjuna, Nakula, Sahadeva, along with Draupadi are depicted in stone. Also, a black dog can be seen besides Yudhistra. According to the mythology, the dog is Yama who has come to test Yudhistra on the final leg of his earthly journey. 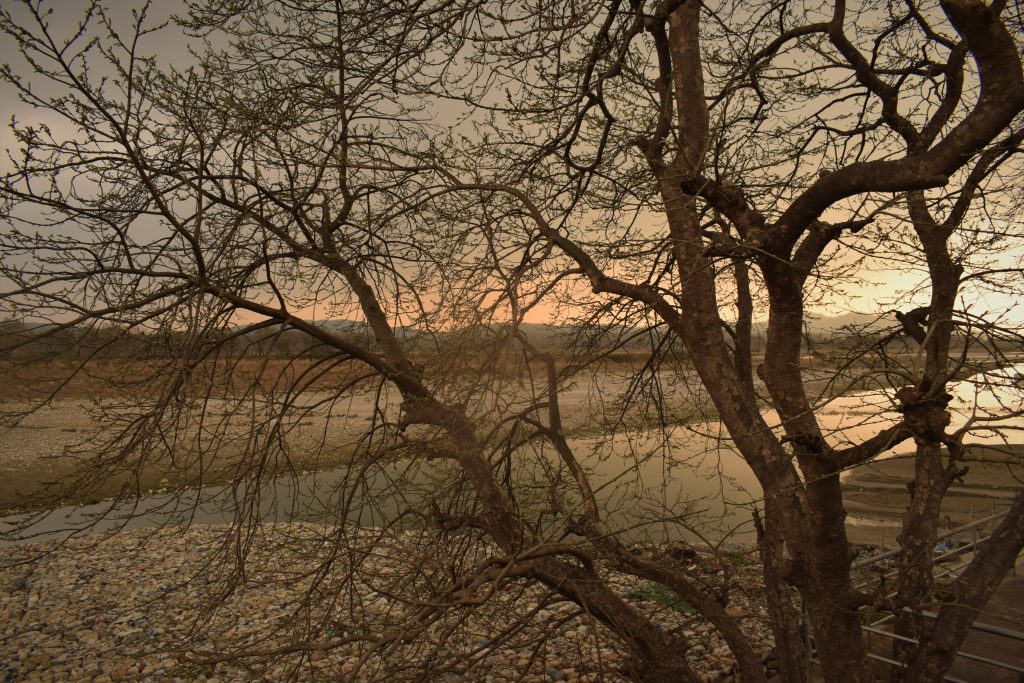 Watching the waters of the Ganga reflecting the light from the setting sun, we felt a strange sense of peace as if we were in total harmony with the universe. We walked away from the Ghat towards the Ashram and left it, but took with us a sublime peace and a sense of bliss that is impossible to describe.

This little gem of Uttarakhand was indeed Simply Heaven.

Have you been to Rishikesh? Do let us know in the comments below.